Free Shipping on U.S orders over $75!

Meet the Siegert Fam and the reason behind "love more"! 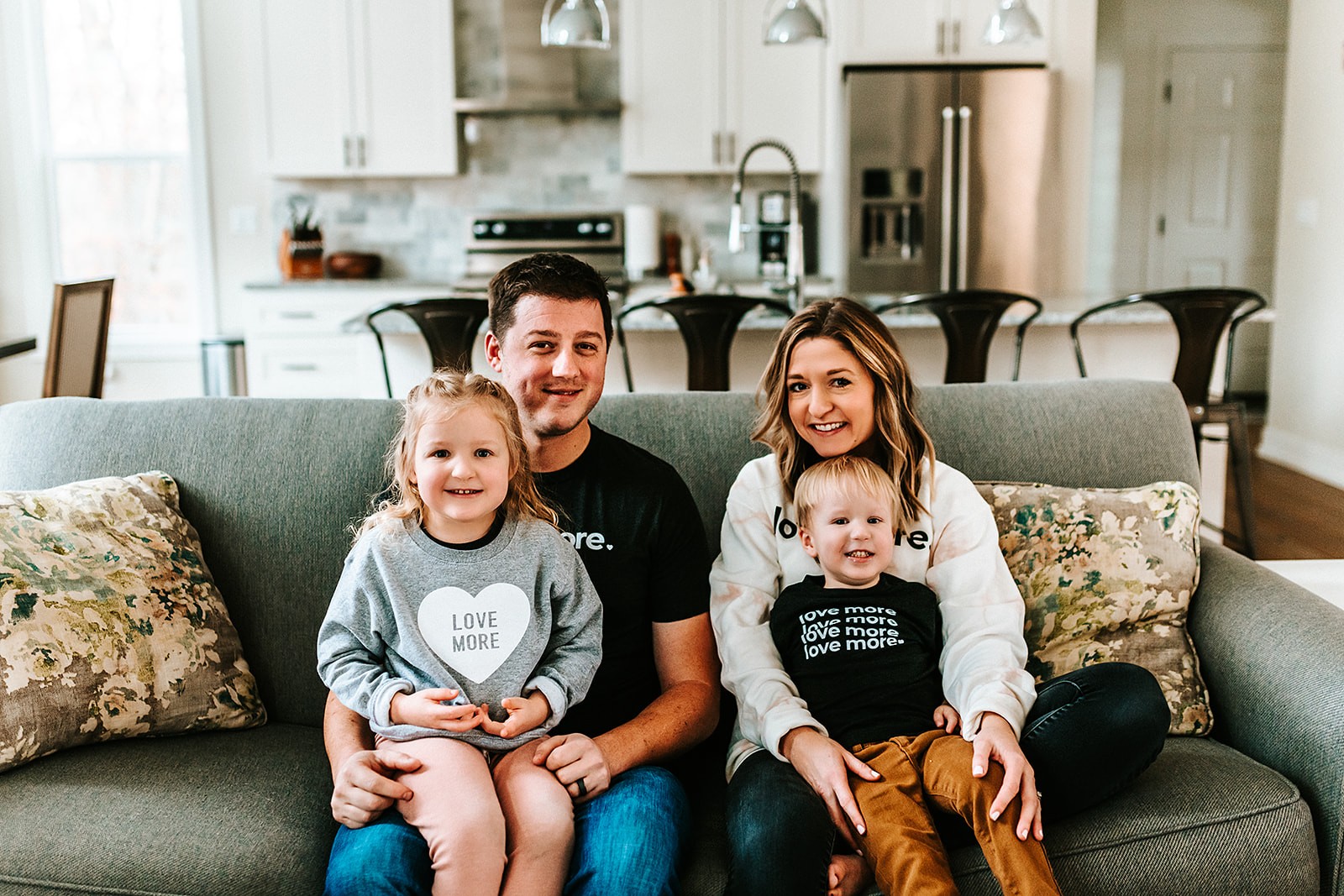 Megan & Kyle were both born & raised in the state of Michigan, landing in Grand Rapids shortly after getting married in 2015.  In 2017, while 34 weeks pregnant, Megan developed severe pre-eclampsia overnight and required an immediate induction. Their daughter, Lennon, was born weighing 3 pounds 15 oz and was required to spend time in the Neonatal Intensive Care Unit (NICU) at Helen Devos Children’s Hospital.

It was then that Megan & Kyle realized how tirelessly doctors and nurses work, at all hours of the day, on weekends and holidays, to make sure sweet little babies, like Lennon, are gently cared for and able to grow & thrive.  It was eye-opening, the emotional rollercoaster that is being a NICU parent.  Megan always described the experience as being a part of a secret club they never asked to join.  After 20 days, Megan & Kyle were able to bring Lennon home with nothing but gratitude for Lennon’s health and the care they received. 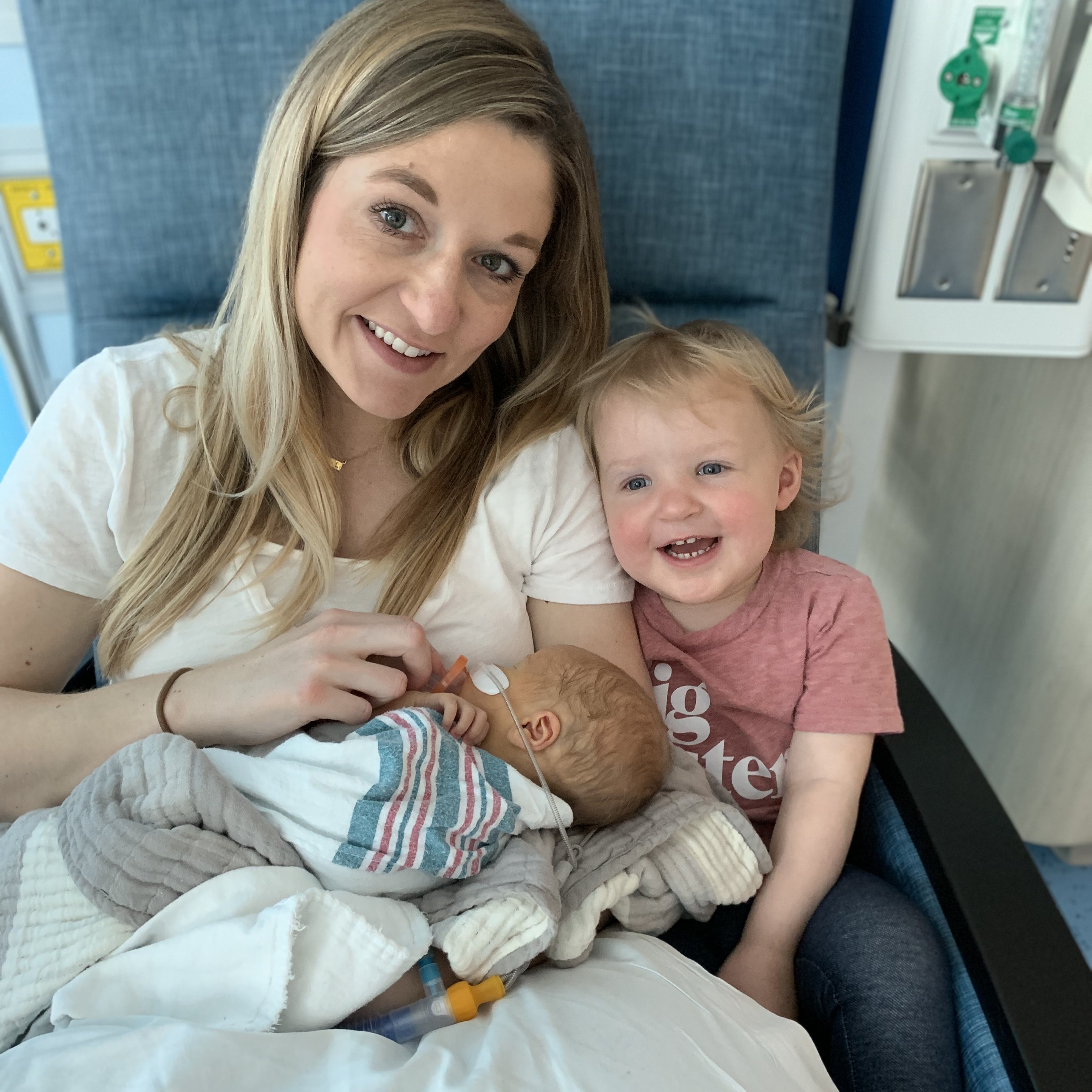 Two years later, while 24 weeks pregnant during a routine ultrasound, it was discovered that their son had multiple congenital heart defects (CHDs), including a coarctation of the aorta, and would require open-heart surgery within days of being born.  Feeling paralyzed with grief, Megan & Kyle began researching pediatric cardiovascular care. They discovered Grand Rapids had one of the best pediatric heart surgeons in the country, Dr Marcus Haw.  That, coupled with their confidence in the phenomenal care provided by the staff of HDVCH, gave them comfort as they prepared as best they could for what lie ahead.  Their son, Jack, was born in May and at just 7-days-old underwent his first open-heart surgery.

Throughout the next 8 months, Jack would endure 5 procedures total, including 3 open-heart surgeries.  It was a long first year for them, in and out of the hospital with a toddler at home, but they worked hard to maintain gratitude for Jack’s perseverance and the care he received. From the NICU to the PCICU, to routine appointments at the Cardiovascular Heart Center, the Siegerts have felt thankful for the resources available to them. 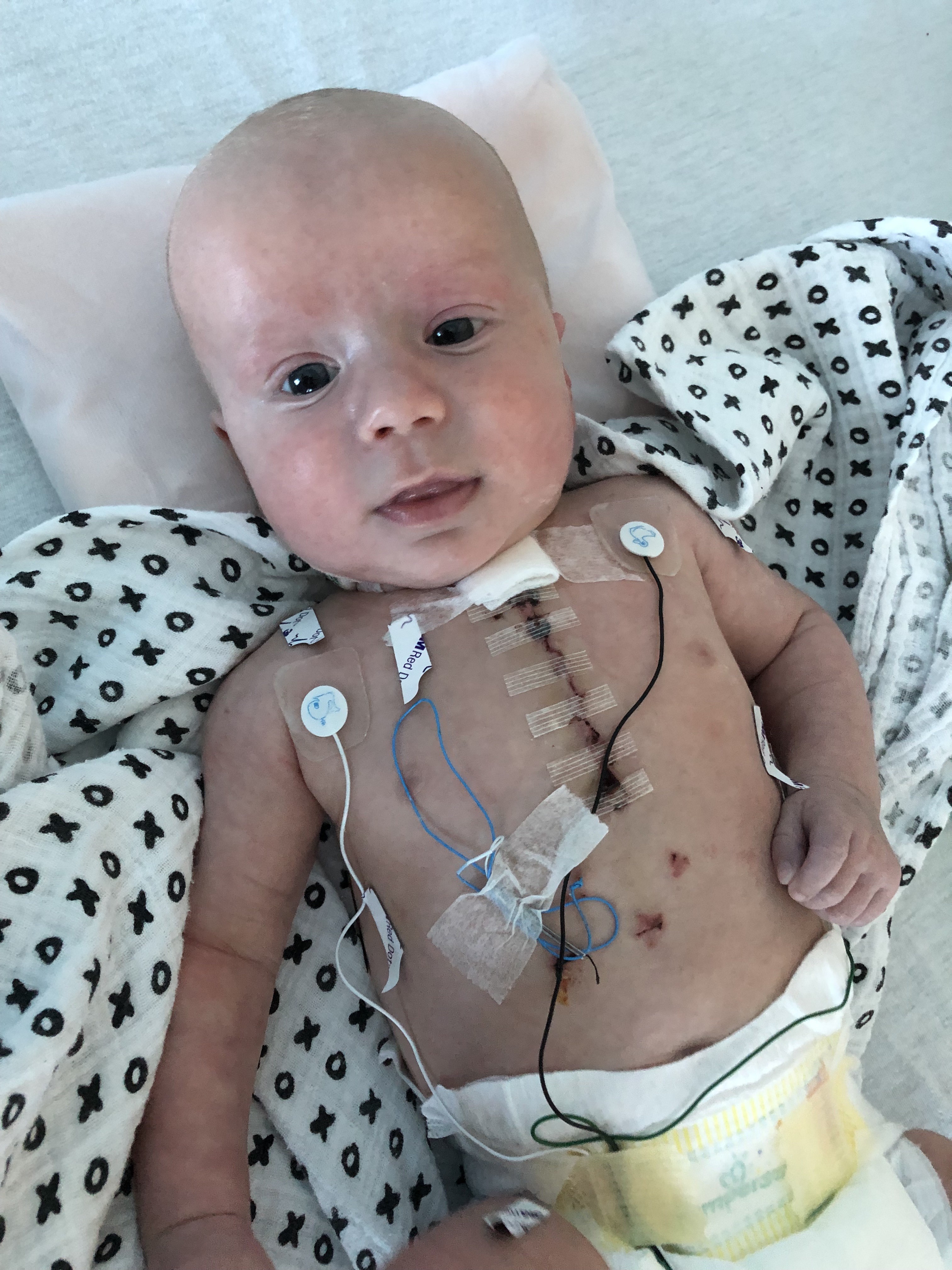 Megan and Kyle always celebrated the anniversary of Lennon’s discharge from the hospital with a random act of kindness to the doctors and nurses of the hospital’s NICU floor.  They don’t take for granted the phenomenal care their children received during their stays.  Medical professionals have seen parents in their worst emotional state and sometimes have to be the ones to deliver the bad news that puts them there.  Being a medical parent is, by no means, for the faint of heart.

But as Jack’s first birthday approached, in their healing, they felt pulled to do more.  With that, Megan dreamt of a simple shirt fundraiser to celebrate Jack’s first birthday. Nothing complicated, just a clear & easy message we all could stand to practice daily.  Teaming up with a local metro-Detroit shop, the Siegerts sold over 350 shirts and raised over $5,200 for The Children’s Heart Foundation, which specializes in funding CHD research.  Megan & Kyle were blown away and humbled by the participation they received.  The experience helped solidify a purpose to them and reinforced that even when our tank is empty, there is always the ability to be empathetic towards others and love more.

Now-a-days, Lennon (5) and Jack (2.5) are thriving.  This February is Congenital Heart Defects Awareness month, and in an effort to spread CHD awareness and celebrate all NICU graduates, we have teamed up with the Siegert family to raise funds for The Helen Devos Children’s Hospital.  HDVCH is the largest neonatal unit in the state of Michigan and one of the nation’s top 10 largest contiguous neonatal centers. 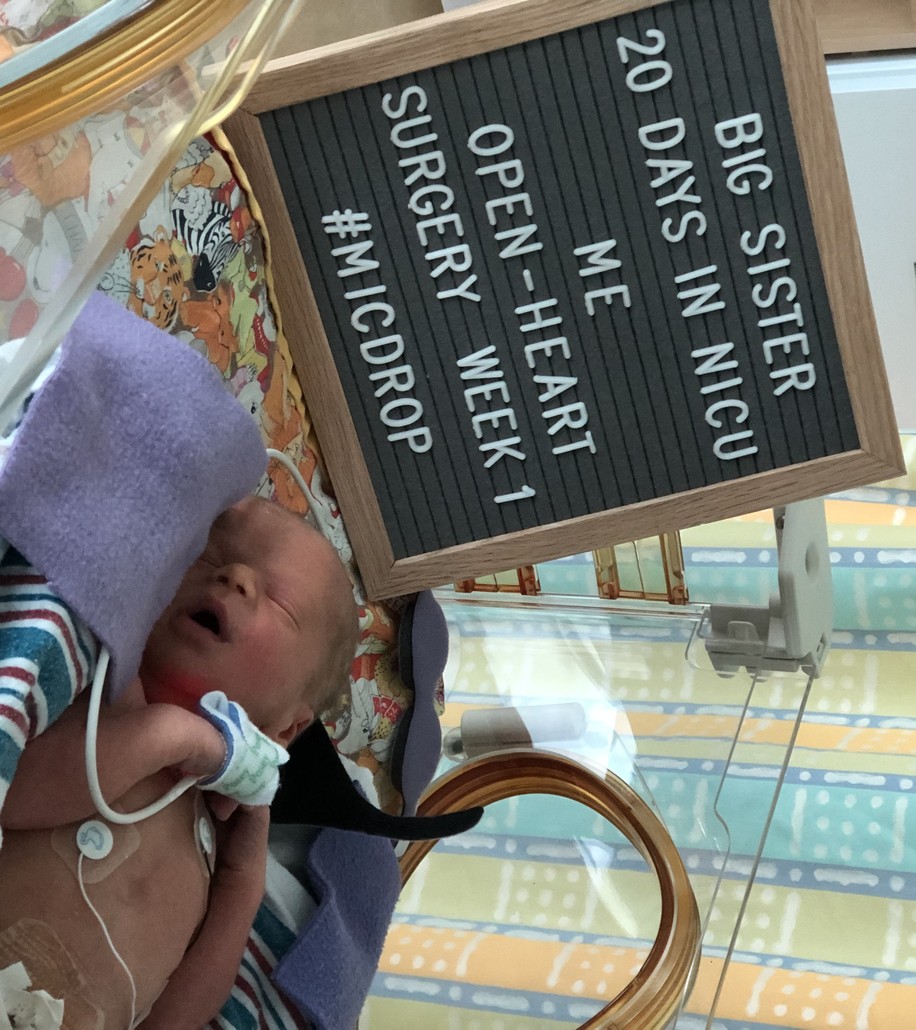 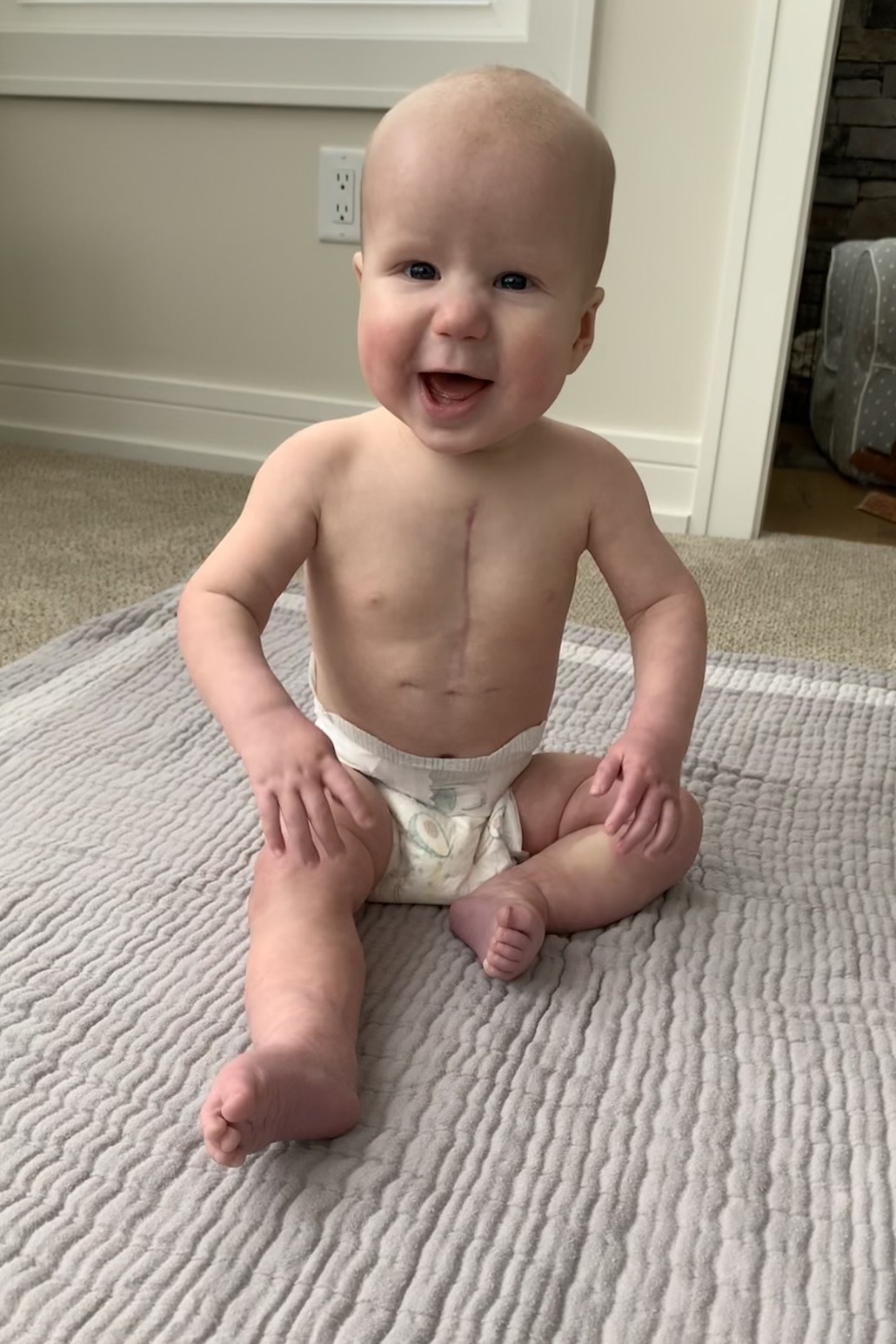 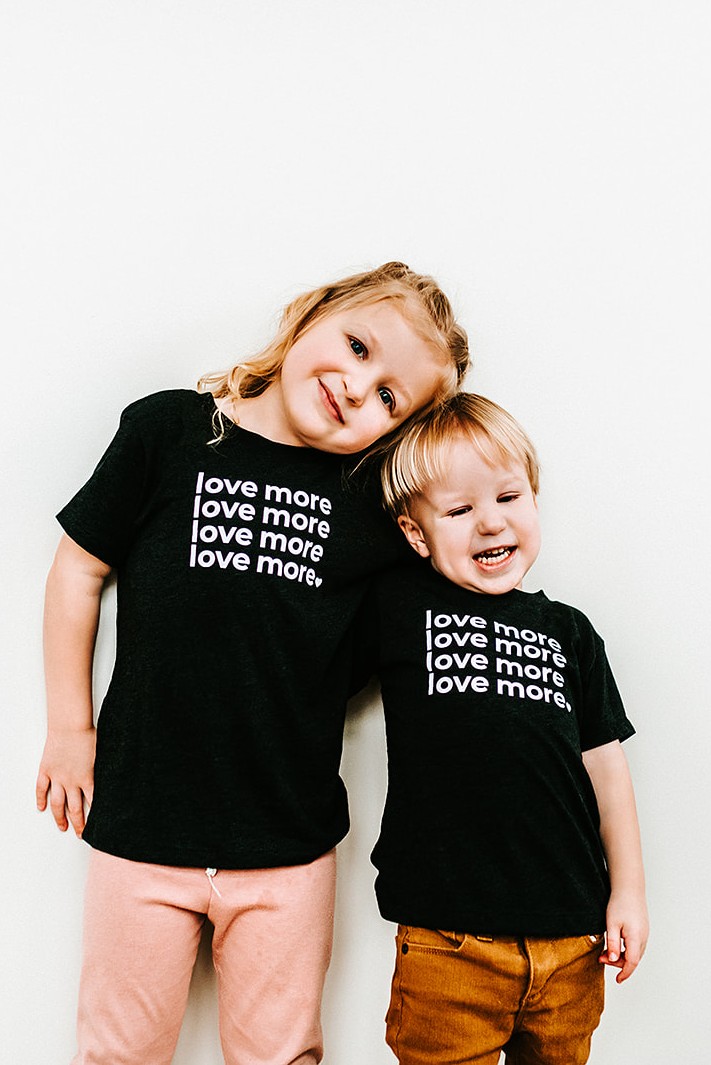